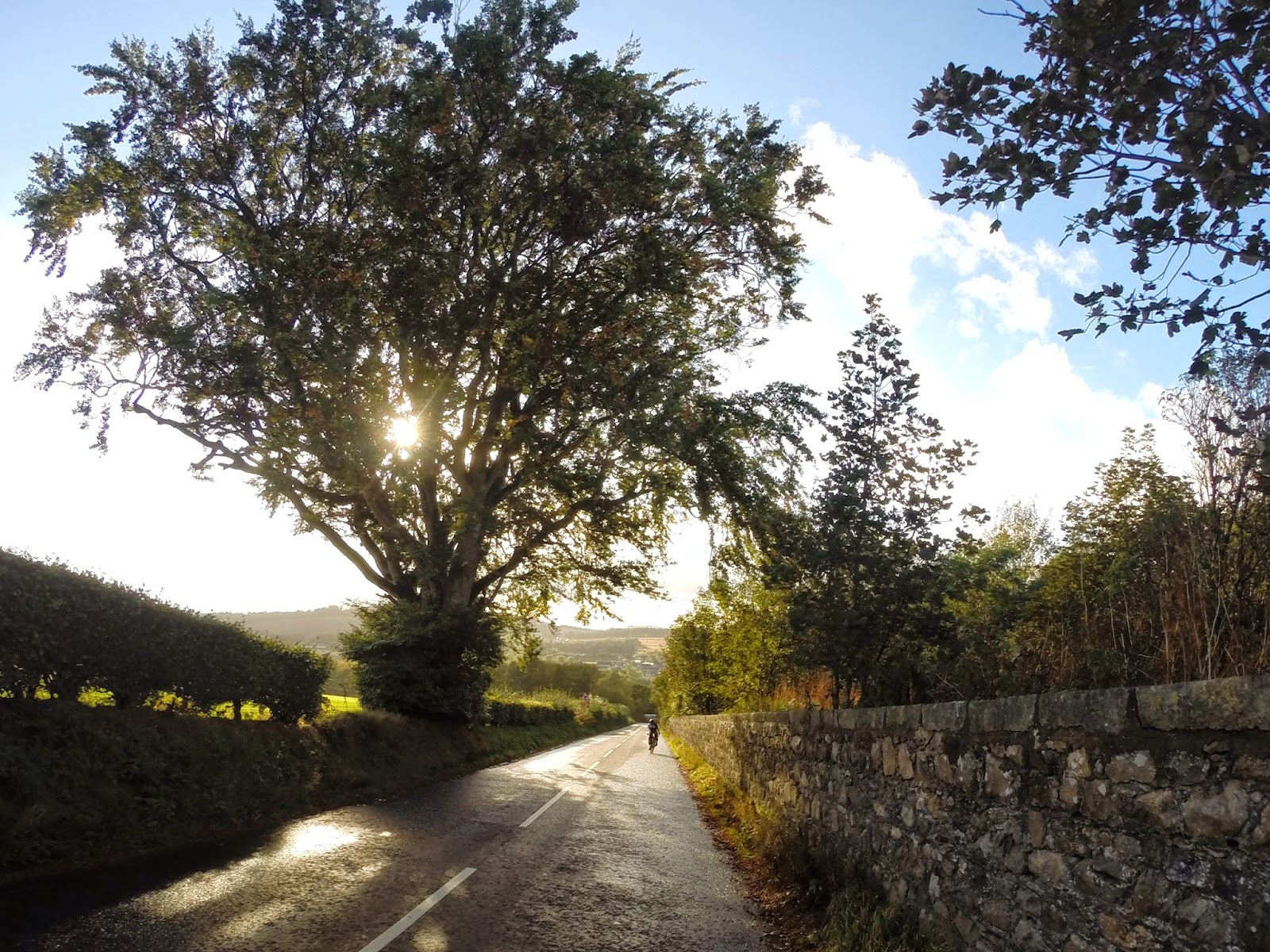 Bennachie sits on the horizon visible from Greenmoss, where Berit grew up and her parents still live. Its distinctive profile acts as a beacon telling us we're nearly there whenever we ride up there. Every October there is a hill race, so we often take the opportunity to visit Berit's parents and do the race.

This year we swithered about cycling up to Aberdeen on the Saturday - we haven't done it this year - but decided just to get the train.  Until recently you had to book your train tickets and then phone to book the bikes on - hoping that there would still be space.  Now you can book your bikes and tickets at the same time Scotrail's website.  If you can find the bike booking tick box.  It's about three pages in to the process and below two levels "more options" expanders, but it is there.

Greenmoss is between Aberdeen and Inverurie and we decided the latter would provide a nicer cycle.  On the Saturday morning the weather had been foul, but by the time we got off the train the sun was shining and it was warm.  We had a lovely ride on quiet roads. 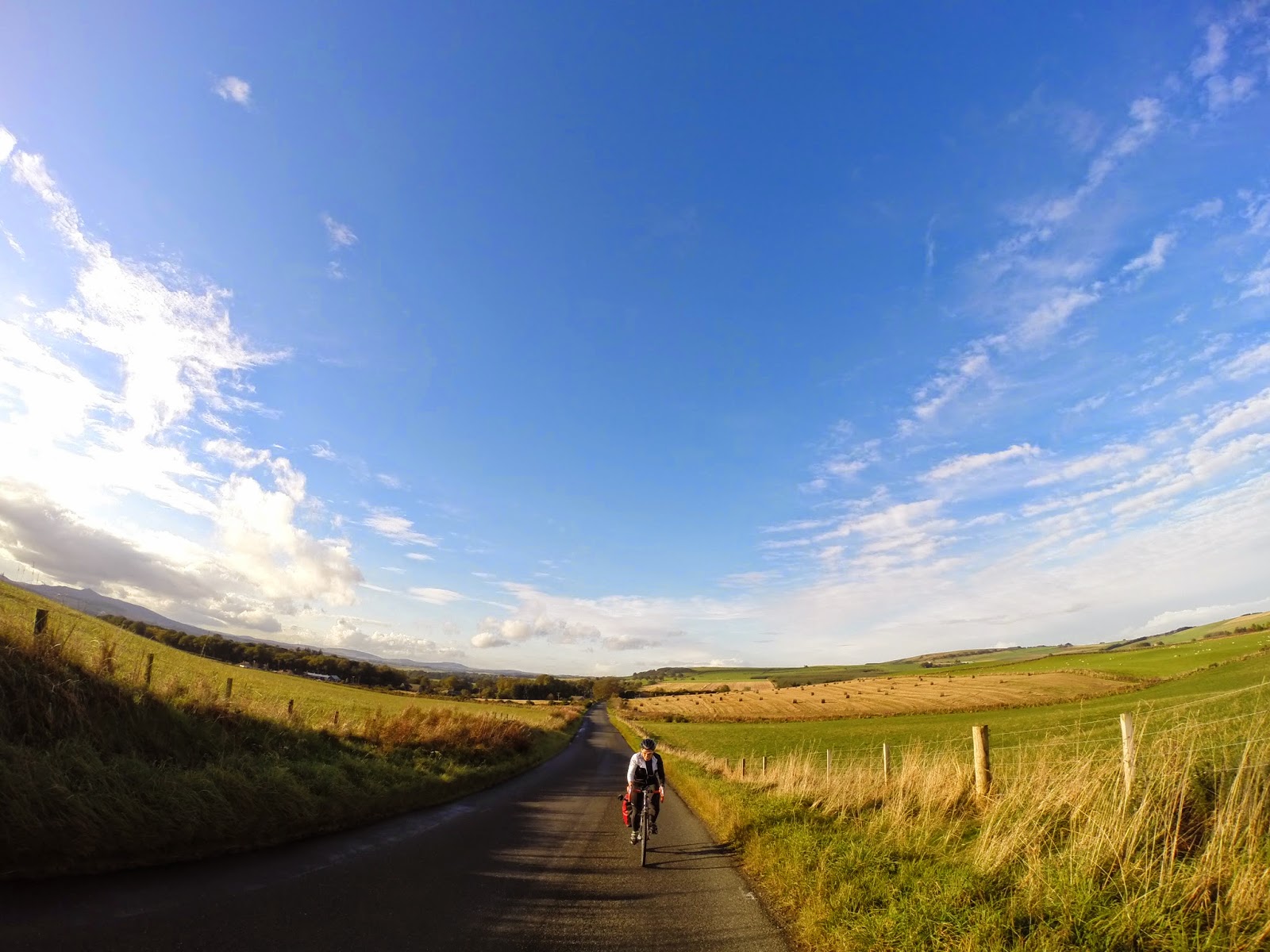 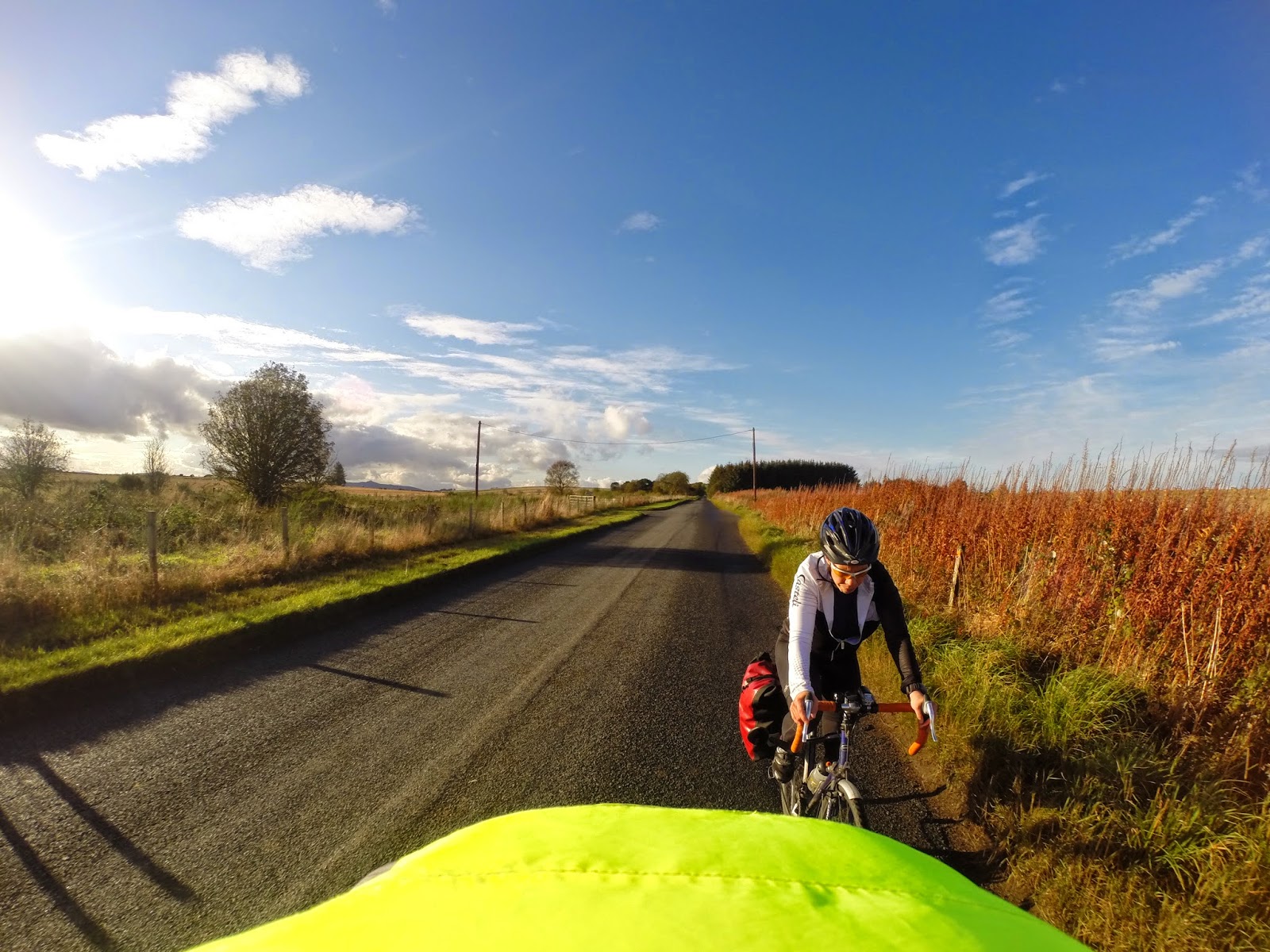 Afternoon races always present a nutrition challange, one both Berit and I totally failed to rise to on this occassion.  You don't want to eat much within two hours of running but just before that is too soon after breakfast.  Cycling there complicated things further.  We went for a late-ish big-ish breakfast and then nothing.  We should have had some gels or bars with us, but we both neglected to bring any so by the time we'd cycled 17.5 hilly miles to the race we were feeling pretty empty.

The race is pretty brutal and completely exposed my lack of hill fitness and energy. By the end I was losing place after place and recorded my worst ever time.  Oh well, next year.


We hadn't been able to book our bikes from Inverurie to Aberdeen, so rather than chance it we decided to ride back to Aberdeen.  Despite two visits to the cake table I was feeling pretty empty and we set off slowly.  We'd thought we'd had plenty of time to catch the train but our pace soon had us frantically calculating our ETA and trying in vain to keep the speed up.  The headwind piled on the misery and when we both found ourselves wondering if there was anything left in a Lucozade bottle in the gutter we knew we'd have to do something.  Luckily we soon came to an open shop in Kemnay.  Berit minded the bikes while I went in and got us some jelly babies and Lucozade.  Not something I normally buy, but perhaps the sight the bottle in the gutter had trigger a craving.  It wasn't litter - it was guerilla marketing.  Anyway, it tasted  good: a sure sign that I was in trouble.


We managed to pick up the pace from here and as we approached the city the standard of driving deteriorated enough to give us that extra adrenaline rush to pick it up further and we made the train with half an hour to spare. Plenty of time to get some beer and sandwiches for the journey. 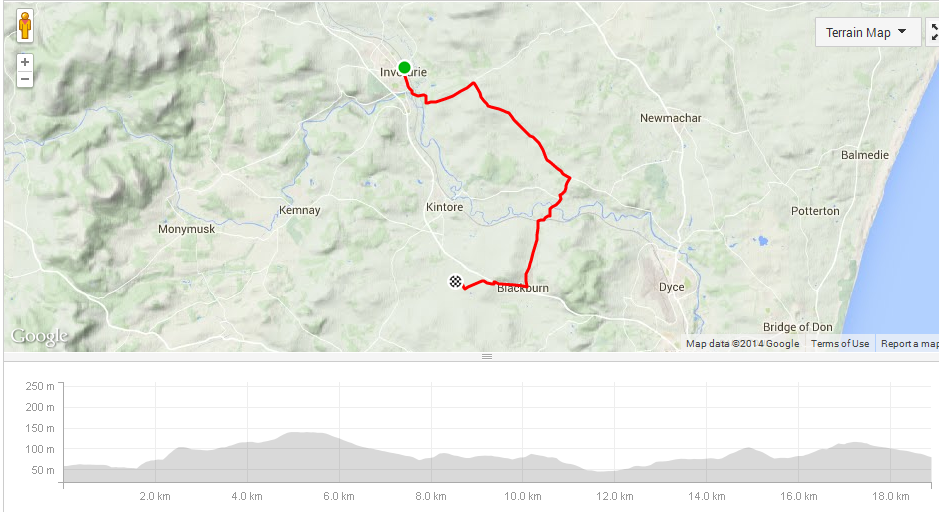 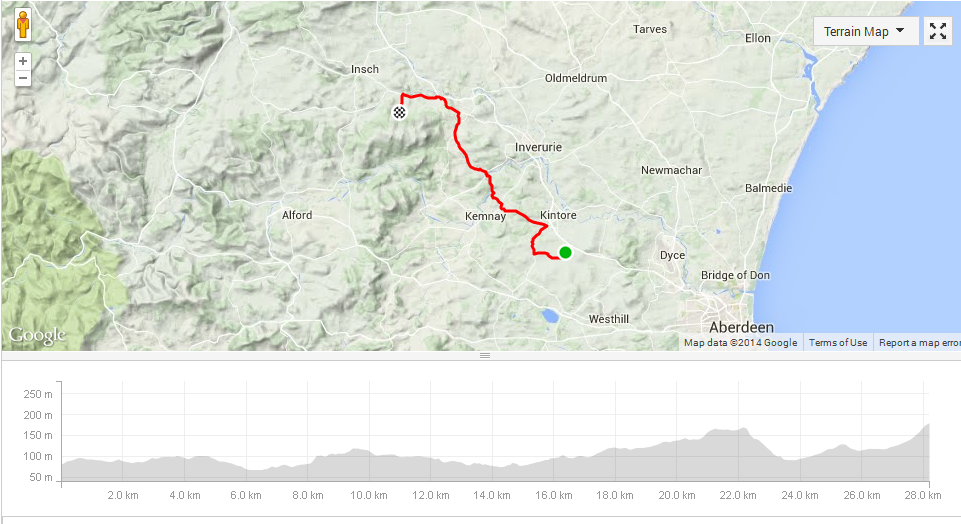 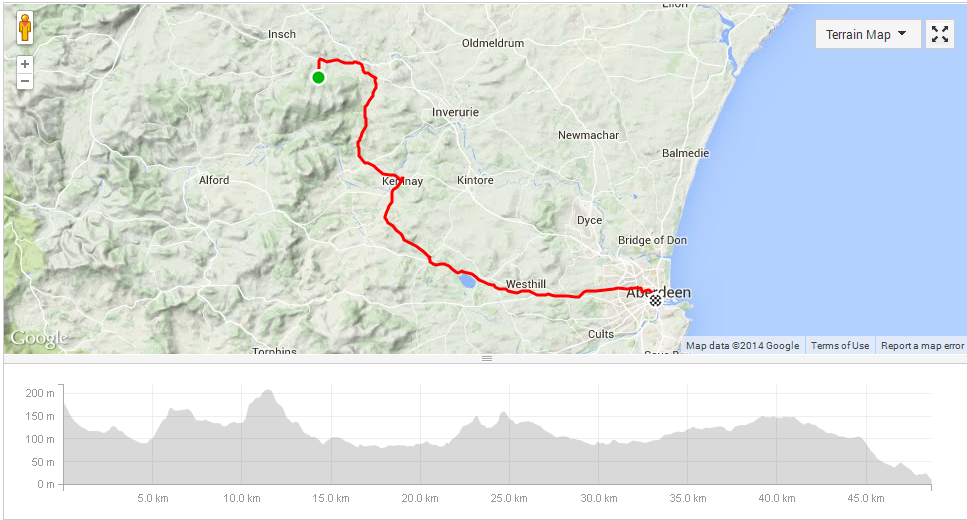