Rousay, in the Orkney Islands, has a road that happens to be pretty much bang on 13.1 miles round.  Each year the local development trust hosts "The Rousay Lap" and invites you to walk, run or cycle round the island.  In truth they're not terribly fussy how you get around the island: I've heard tell of a unicyclist and seen a skateboarder or two over the years.  Berit's father is from the island so the lap provided the perfect excuse for the whole Inkster clan (and me) to head north and join in.  One of Berit's university chums has also settled on the Orkney mainland, so this gave us the perfect chance to pay her a flying visit too.

Berit and I would, of course, like to cycle the whole way there (except for the over the water bits) but we just didn't have enough annual leave this year.  We tried to book trains but there were no spaces for our bikes on all the required journeys so we  were left with driving most of the way.  So we drove up in the van, parked at the ferry terminal in Gill's bay, unpacked the tandem and pushed it onto the ferry for the short sea crossing to St Margaret's Hope. The ferry route and our ride is made possible by the Churchill Barrier - a series of causeways linking some of the islands built during the Second World War to keep German U-boats out.  Italian prisoners of war were heavily involved in their construction and built the famous Italian Chapel - I'd heard of it before my first visit to the islands.  It's only just off our route, but we've still never stopped to take a look.  Maybe next time.

There are two ferries to Orkney.  We've always opted for Pentland Ferries with its short crossing rather than the more expensive and longer P&O offering.  The story is that the P&O ferry is hugely subsidized and the Pentland has been started by a local farmer who saw an opportunity.  It's cheaper, quicker and by all accounts more reliable. He reckons if he got the subsidy the other ferry got he could run it free for islanders. He also does a pretty decent bacon roll onboard.

There's not an awful lot to be said about the ride itself - mostly because I've been too slack in writing this and it was a while ago.  On the Friday we rode from the Ferry to visit Berit's friend Fiona and her husband and dog. We stayed the night with them and then rode to get the ferry to Rousay on Saturday morning. I didn't win the lap this year, but I did get a PB.  Berit was pretty happy with her time - and she was first wife, as the say round these parts.  The next day we rode round the island to watch Berit's brother surf, visit Berit's cousin and get our lunch in the restaurant.

I pointed the camera backwards for one leg of the journey and its mostly these photos I've included here.  It was set to take a photo every 30 seconds.  Berit wasn't aware when it would take a shot - she was just grinning like that all the time. 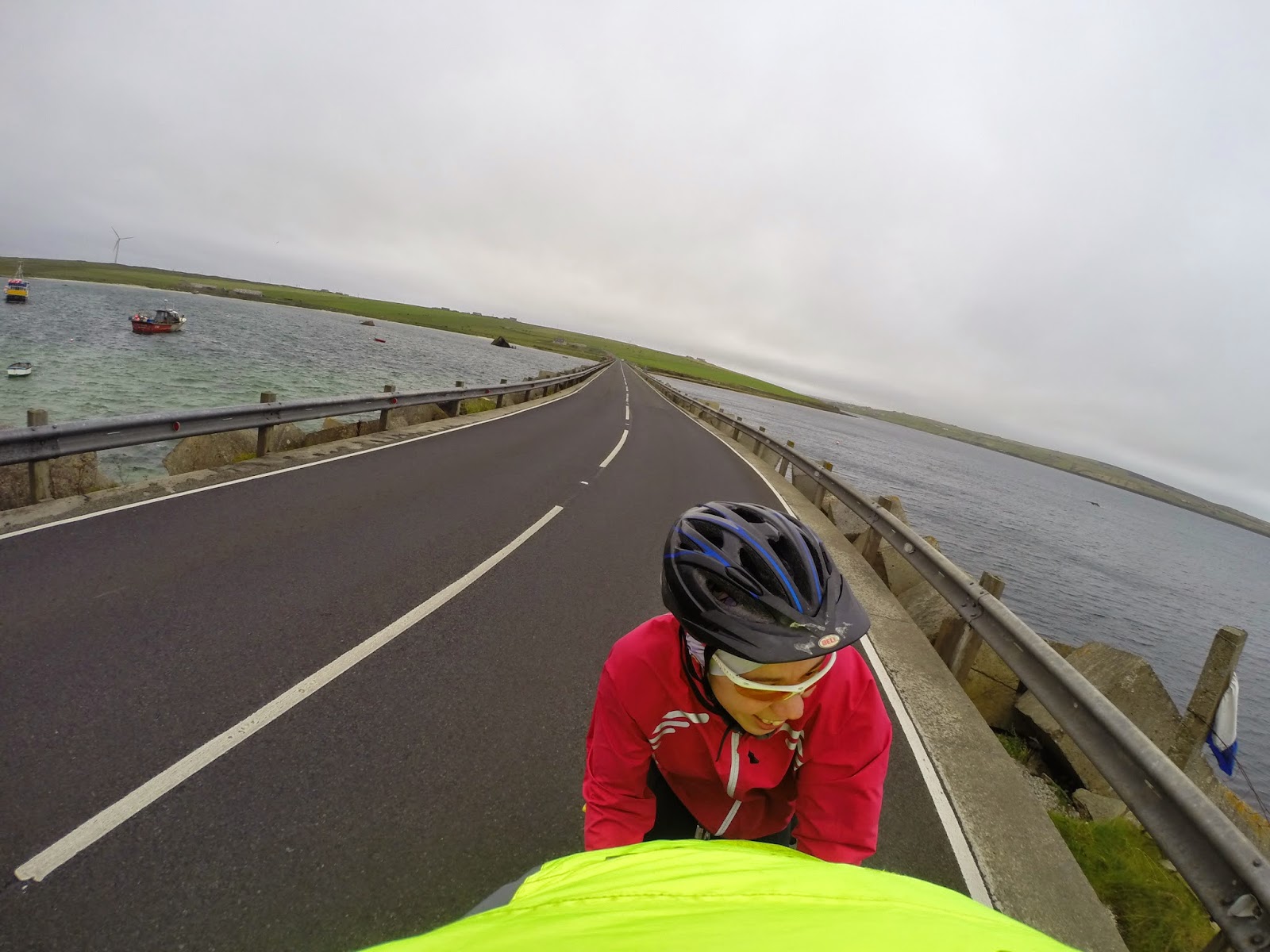 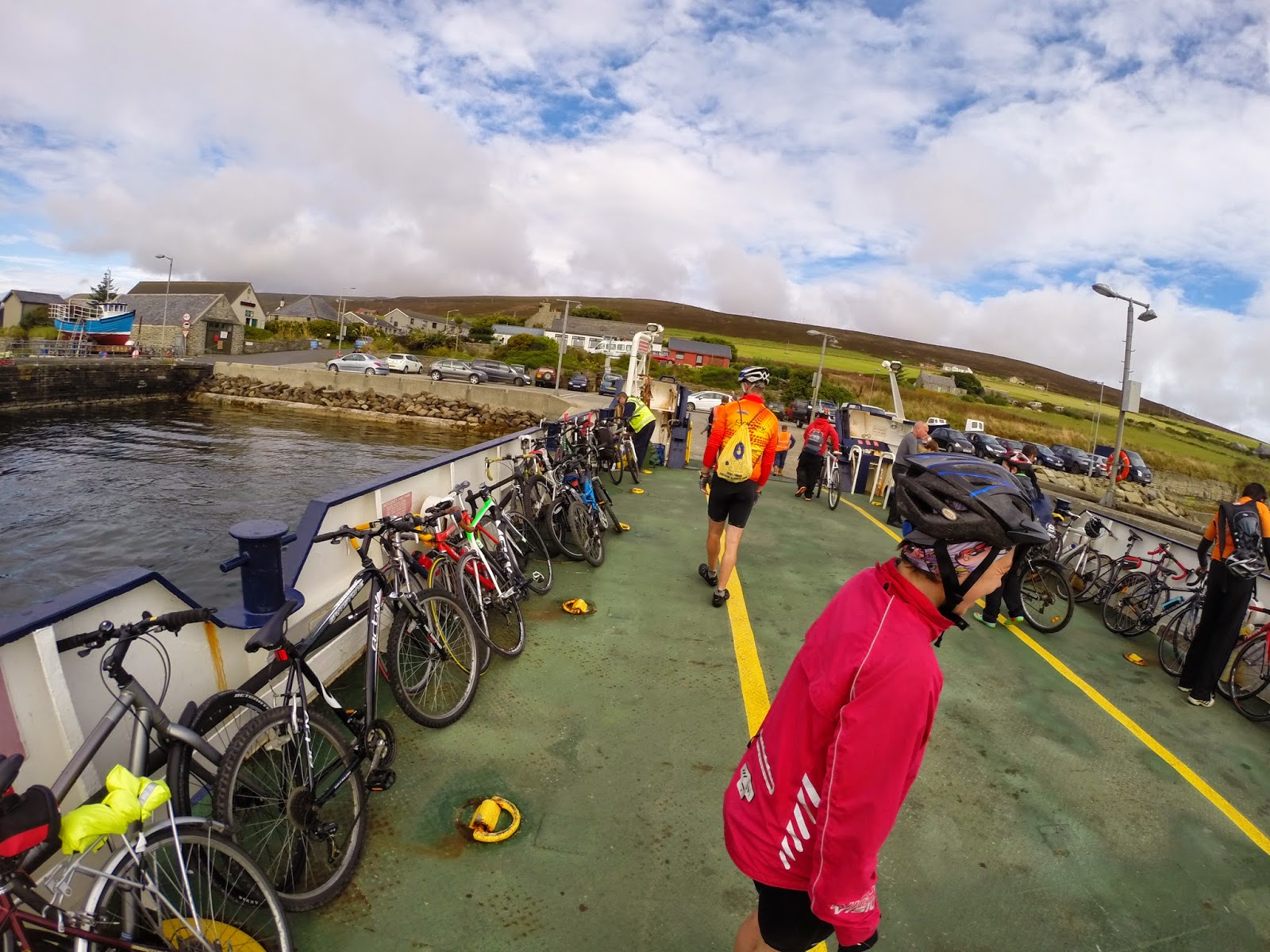