Zig-Zagging from Galashiels to Edinburgh. 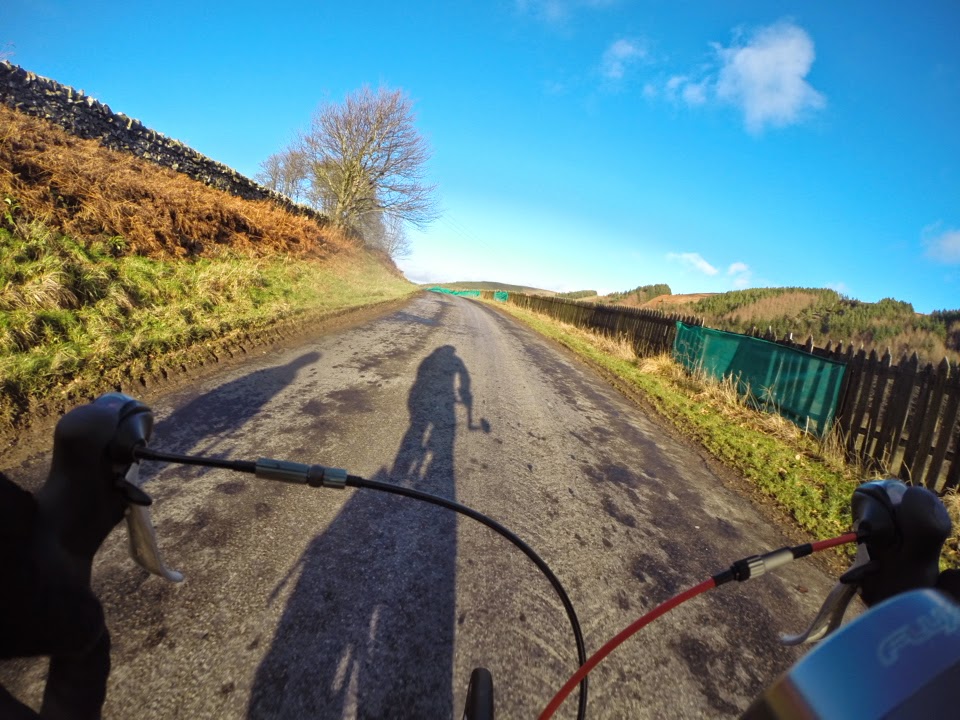 We're having a wee post-Christmas holiday in Gala but  Berit's friend, Ish, invited us to help her celebrate becoming a British citizen on Tuesday night in Edinburgh.  We hummed and hawed but decided that Ish would only become Brit-Ish once so we would have city break from our country holiday and take the opportunity to check out some of the route we plan to run later in the year.


Our route for the big run will take us between the A7 and the A68 and cross each of the connecting roads in turn.  So we planned a cycle route to criss-cross between the two main roads allowing us to check out the running path where it crosses the back roads.


We started north on the A7 and then zigged up and over to Lauder.  We'd already had a look at where the old path we plan to follow, the Girthgate joins this road, so there was no need to stop here. At Lauder a sharp left had us zagging back to Stow.  A couple of map-check stops later we found where the Girthgate crossed the road.  It was pretty clear and looked like the point where we will first spot the Eildons, no doubt a most welcome sight on the day (weather permitting).  From Stow it was up the familiar coach road where we missed the desired turn off and had to double back along the A7 for a bit to zig back to the A68 at Soutra.  We spotted our running route without stopping and we were soon at Soutra Aisle, where a sign for Dere Street tempted us to alter our plans to incorporate this Roman road into our route. 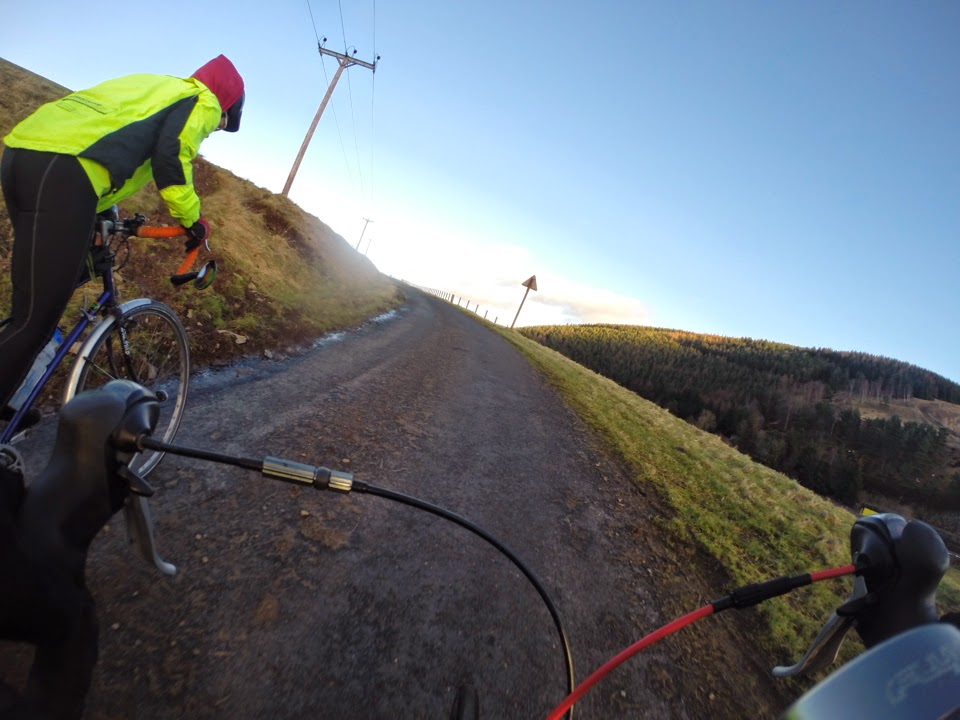 As we turned onto the A68, I spotted a cafe - the House of Soutra - so with Berit's brakes screeching we made an earlier stop than planned.  We didn't regret it. We both find it hard to look past a brie, bacon and cranberry panini.  We'd done enough to team it up with the leak and potato soup.  Both were top notch - the panini rivalling our favourite ever from the Dairy at Daviot near Inverness. 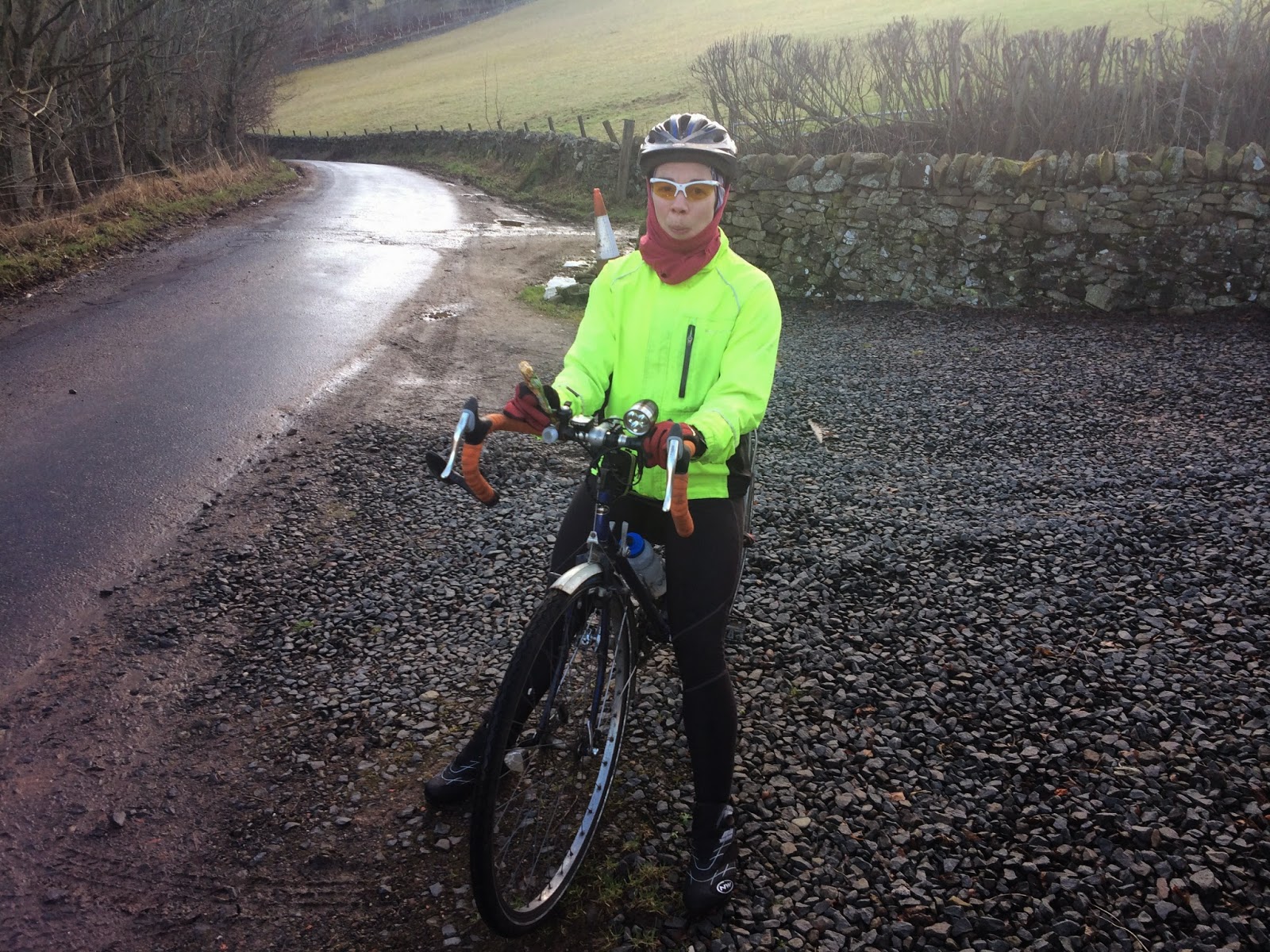 From Soutra we stopped our zig-zagging and headed to Humbie and the familiar road of East Lothian for our approach to the city.  Since it was getting near rush hour, we decided to take the bike path route home. 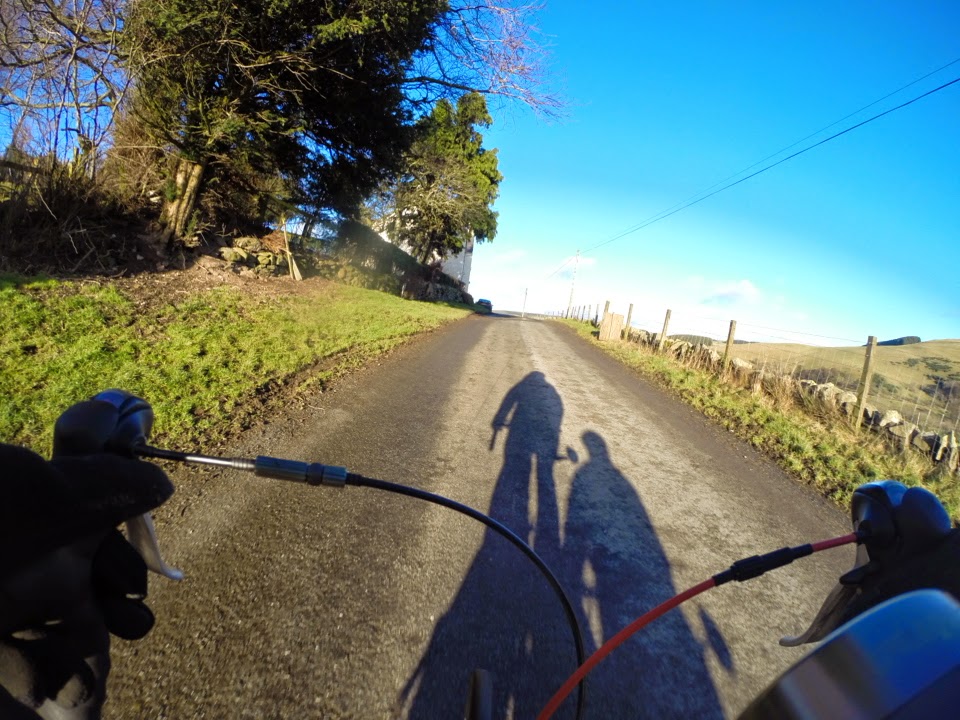 Once home we quickly changed our shoes and headed out to the royal mile to get a suitable gift for our newly British friend.  Sadly the Queen's Gallery shop was closed - so no tasteful royal themed crockery for Ish - but the tartan tat shop opposite did have a rather splendid I heart Union Jack tea towel that would do the job nicely.

The next day we got the bus to Straiton to have another look at the Loanhead to Gorebridge section of the big run.  We found some improvements and got the bus from Gorebridge to Gala in time for a late lunch of the spicy carrot and coriander soup Berit made in preparation for our return.  We now have seen enough to draft the running route from Edinburgh to Gala.

By choosing active transport we turned something that could have been a bit of chore - coming home in the middle of our holiday - into a mini adventure where we found a new route we will use between Gala and Edinburgh when time is not an issue and new coffee shop that will make the new route all the more attractive. 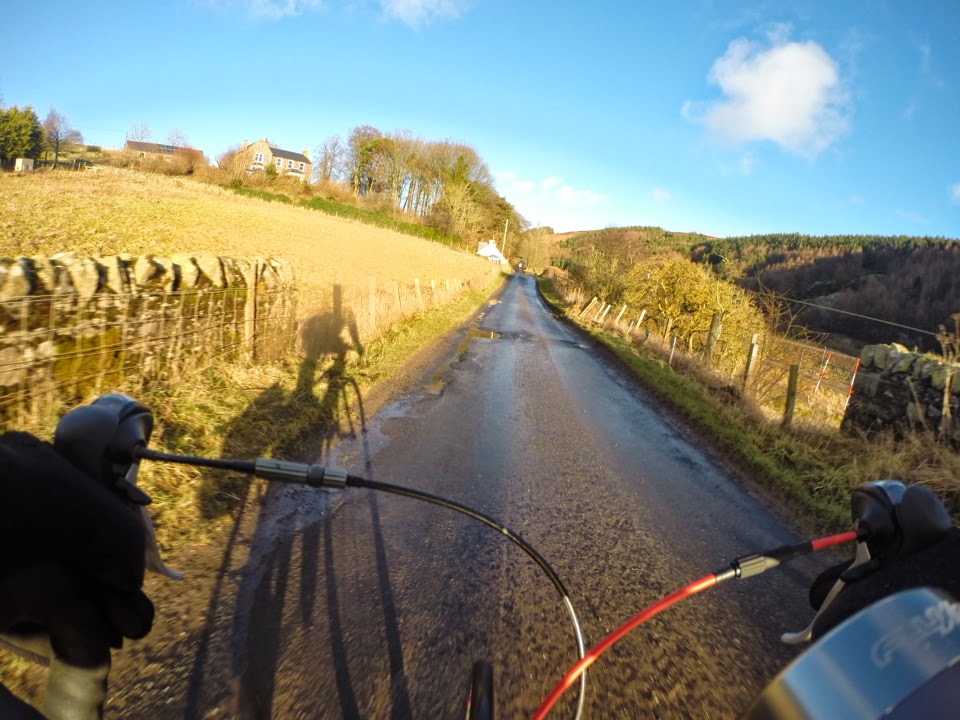 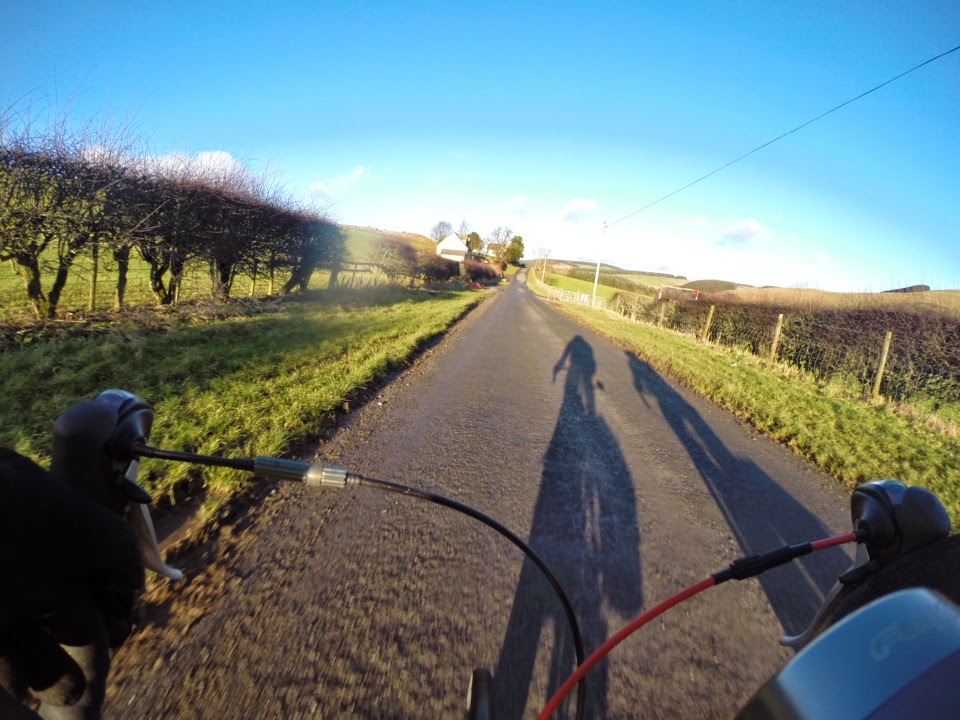