Last  year we managed to cycle (or run) to every race in the excellent Borders Cross Country series. This year we'd hoped to at least run to our home race at Gala and cycle to any other five, but various logistical issues had conspired to stop us from cycling to any so far.  With those in the east being too far to drive to we missed three of the races altogether.  This left the final race at Conundrum farm as our last chance to get a good cycle in and ensure we got our series memento for completing four out of the seven races.
The cold Berit was nursing on our trip to Forfar had become a full-blown proper illness with actual puss coming out of her eyes in the following week.  She'd largely recovered and been back at work, but was still a bit worried about the 50 mile ride which was once again, and rather unfairly given we were heading in the opposite direction from Forfar, into the wind.

Deciding on the start time for these rides is always a bit of a numbers game. With a hard deadline of the midday race start there was some harder negotiating over our start time.  I went for the optimistic 8am, banking on a 15mph average, but Berit was keen on a more conservative 7am fearing that we would struggle to make 13mph given the headwind and her recent illness. We compromised on 7:30 and managed to actually get under way just before 7:45.
Our ride out of  Edinburgh on the familiar Musselburgh-Tranent-Gifford route to the  Redstone Rigg was blessed with bright sunshine and cursed by the forecast headwind.  The Rigg itself doesn't get any easier - you can have as low a gear as you like, but 17% with a pannier and a headwind is always going to take it out of you.  As usual I was relying on the GoPro taking photos automatically, but was tempted to stop here to make sure I got one from the top, but time was ticking so we just cracked on.  Before Gifford we had been well ahead of our required average speed, but by the time we reached the top of the Rigg we had fallen back a fair way.  Fortunately the next section was mostly downhill and we were back on schedule by Chirnside. 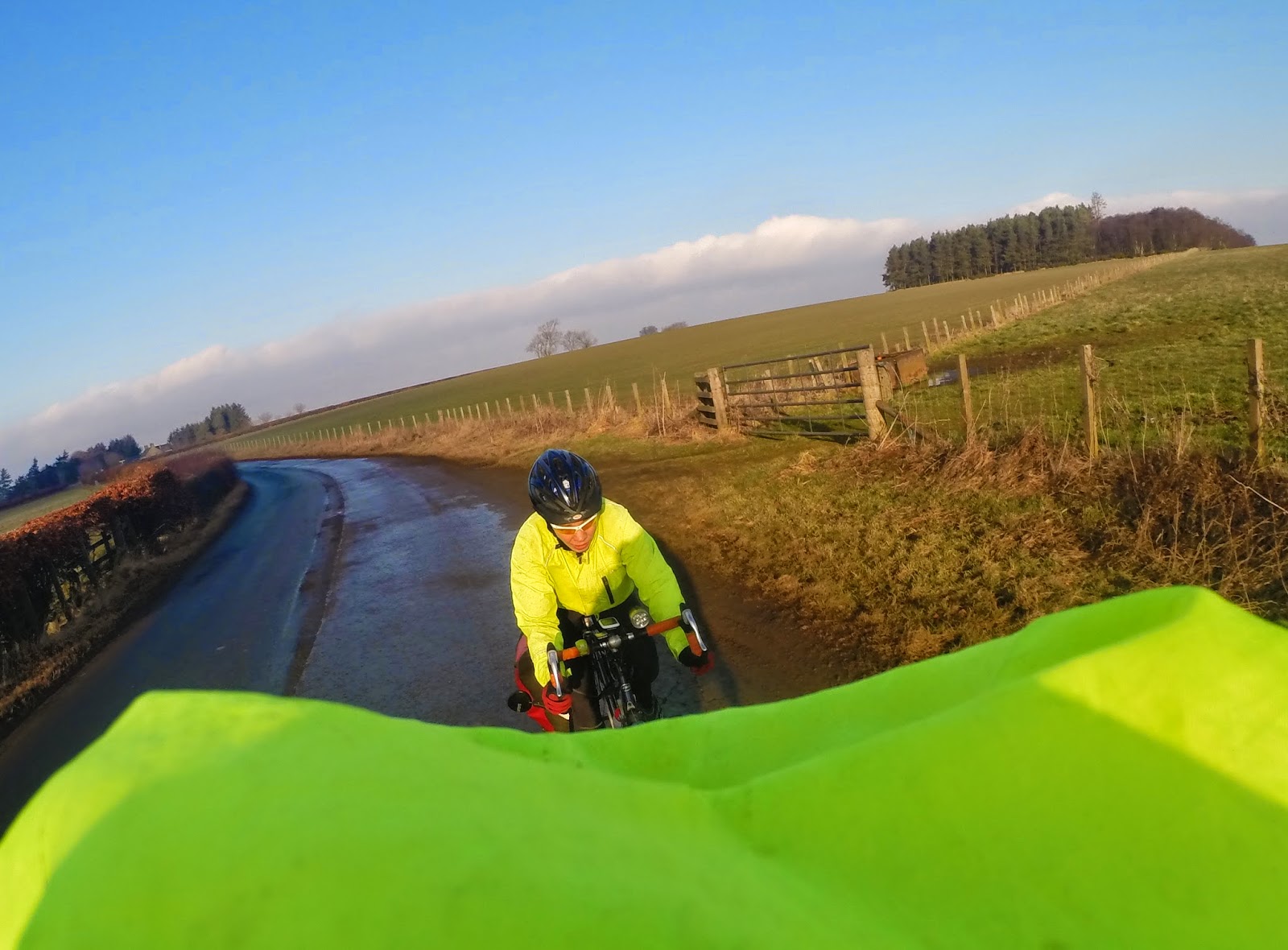 From here it seemed a bit of a slog and hillier than I remember to get within sight of the coast and the short up and over to Conundrum. With time running out I was reduced to calculating and recalculating the speed required to make the race.  Finally the wind seemed to turn and we got there with minutes to spare - just time for a quick change and hello to some fellow runners before it was time to to hear these three shouted consonants that greet the start of every race in the east of Scotland.
After the race we picked up series mementoes (buffs this year) soup and a bacon roll before riding the two miles to Berwick station for the train back to Edinburgh.  We both felt better than expected and I did give some thought to suggesting riding home, but we probably didn't have enough food with us.  Maybe next year. 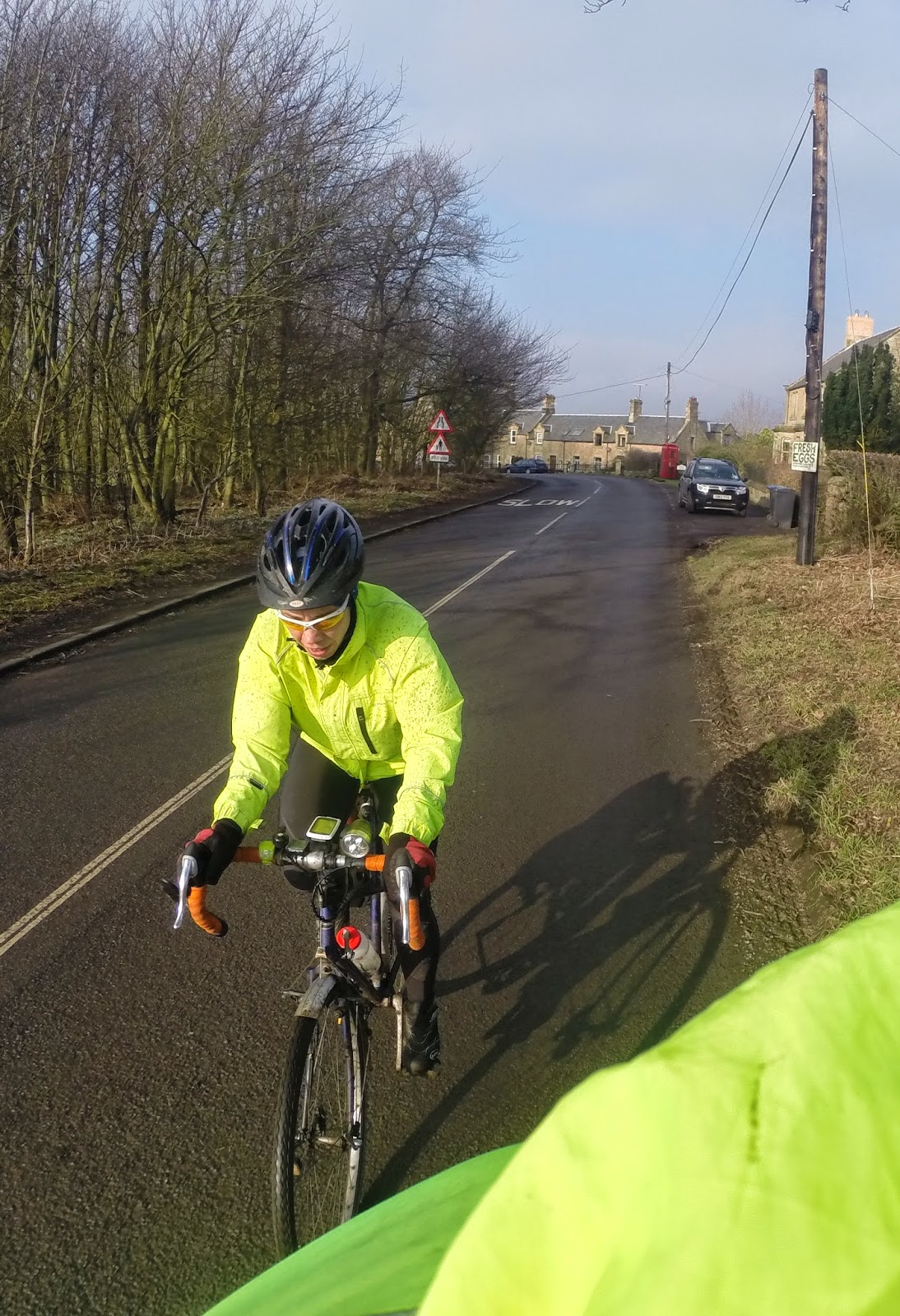